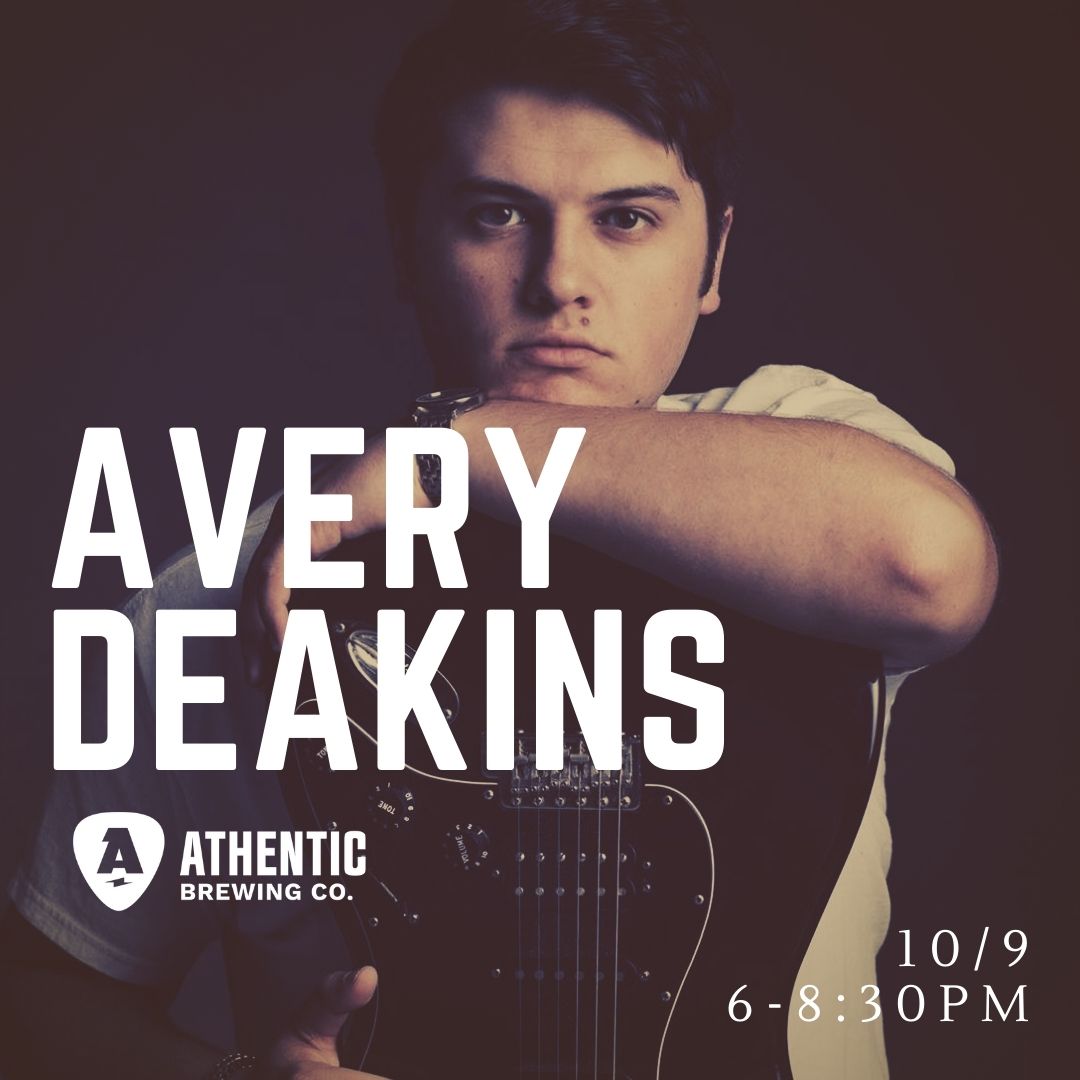 Live concert on the patio with Avery Deakins!

Every so often, a familiar song can feel like the first time again. In the classically trained voice of Athens-based guitarist Avery Deakins, the souls of classic rock and country legends are paid a suitable tribute. Within the passionate yet disciplined delivery of inspired vocals, accompanied by recklessly tasteful layers of acoustic rhythms and hard-hitting electric solos and heavily influenced by such iconic artists as Stevie Wonder, The Beatles, Elvis Presley, The Band, and more, the spirit that once defined the frontiers of rock and roll music is reprised, renewed and reborn.

Reservations are encouraged but not required. Make a reservation here!

To-go beer is available for pick-up during these times. Place an order online.

Want to stay updated on upcoming events? Join our newsletter!